James and his mum, Sue, love trees, and they want to see more of them on Croydon’s streets. They sponsored a tree for the empty tree pit outside their home, and are already enjoying the new addition to their street.
29 April 2022
Share this story
Read more of our Tree Stories
FOLLOW US

James and his mum, Sue, love trees, and they want to see more of them on Croydon’s streets.

Late last year they took their first step to help green one of the town’s streets by applying to sponsor a new tree as part the national charity initiative, that Croydon Council is taking part in – Trees for Streets. We visited them a few weeks after the tree was planted to see how they got on…

James and Sue live very close to the southern end of the Purley Way, which runs the length of Croydon, South London. The estate they live on has a lot of cars parked up on pavements, a growing number of driveways and consequently a decreasing potential for street tree planting. They told us they wanted to do something to buck this trend.

A New tree for AN EMPTY TREE PIT

The tree-pit outside their house had been empty for many years, in fact you’d hardly know it had been a tree-pit, but James knew what it was, so when he read about the sponsorship scheme in Croydon Council’s weekly email, they leapt at the chance to get involved.

Trees for Streets is run by a large national tree charity, Trees for Cities. They provide an online mapping application that enables residents to select a location for a tree on a roadside or in a park. The resident then fills in a short survey about the desired location to help the council determine whether a tree can be planted at that spot. The resident submits the sponsorship request together with their donation payment details. Within a few weeks a decision is made, and if positive, a tree is put in during the forthcoming planting season. This starts in November and usually runs through to the end of March.

James and Sue’s tree was planted on the day of storm Eunice. They were impressed that the tree contractor had even come out that day!

A little concerned whether the new tree would survive the storm, James and Sue were relieved the next morning to see that it was still there.

In fact they need not have worried, the tree is a substantial 3.5 meter, 7 year old, nursery grown blossoming cherry, which is well dug into the ground and secured with two hefty wooden stakes.

We visited mother and son on a sunny day at the end of March 2022. They were clearly delighted with the new tree. It seemed to be thriving in its new location. Sue is now retired, so she spends a lot more time at home, and appreciates the visual appeal of the new tree. James, works as a web developer, and works from home more often than not. The both want to see the immediate neighbourhood become greener.

James tells us he is keen to sponsor more trees in the future, and already has his eye out for further locations in the street nearby.

WHAT CAN YOU DO?

So, if like James and Sue, you’d like to do a wonderful thing and sponsor a tree to go outside your house or in your street, and your council is participating in this scheme, simply use our app to make a request.

If your council is not working with us, or doesn’t already have a scheme, complete an expression of interest and we can send them a request to get involved on your behalf.

Let’s Fill our streets with trees! 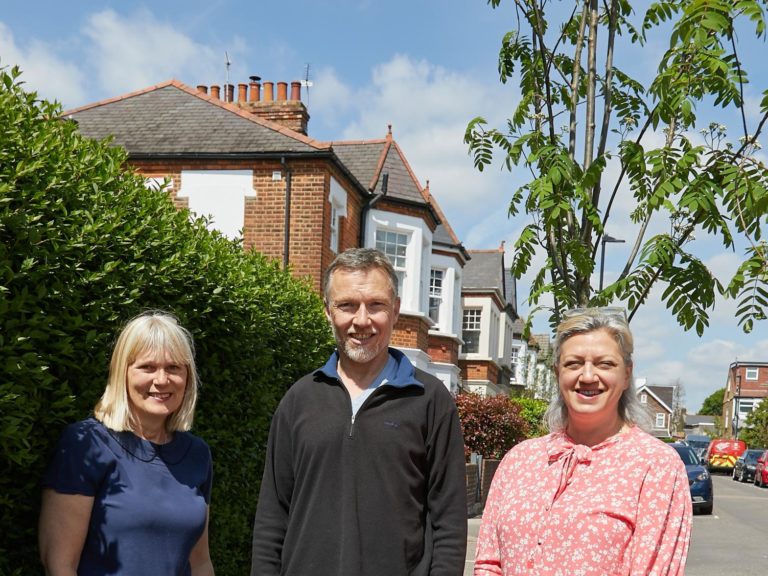 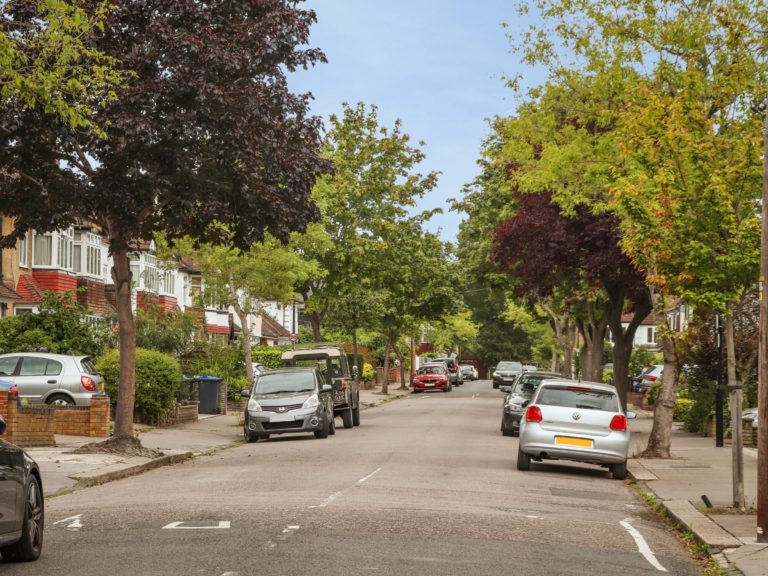 Trees for Streets in Croydon 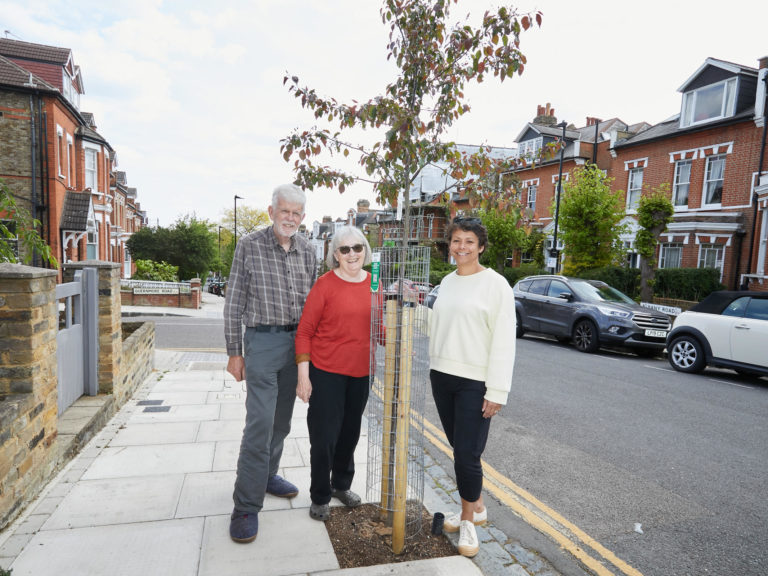