Haringey was one of the pioneer councils to join us in 2021, and tree sponsorship is proving very popular with local residents.
10 January 2022
Share this story
Read more of our Tree Stories
FOLLOW US

In this case study, we’ll look at how the scheme worked for Haringey Council and what they have gained from being involved.

Why use Trees for Streets?

Although Haringey already had their own in-house tree sponsorship scheme, they were keen to take it to the next level and benefit from being involved in a national scheme.

The Trees for Streets scheme offers:

Off to a good start

After just three months into the scheme, Haringey had funding in place for just over 200 trees. Most of these trees have also come with a pledge from local residents to take care of watering them. This could save the council up to £200 per tree in watering costs.

The act of sponsoring a tree is a powerful one. People sponsor trees for all sorts of reasons, and feel empowered knowing that they can make a difference to where they live.

Sponsoring a tree helps dissolve barriers with the council. We were pleased to see that tree sponsorship requests came from all across Haringey – from Muswell Hill to South Tottenham – a good spread of participation across the community.

Celebrating a family history in Tottenham

Tracy and her brother sponsored a tree to be planted outside their childhood home, in South Tottenham.

Tracy saw a post on Facebook about the Haringey Trees for Streets scheme, and thought that it would be a lovely way to remember their late parents.

Putting trees back in their street

Sarah and Arthur, who live by Alexandra Palace, had been keen to fill the empty spot outside their home for some time. The building that had occupied the spot where their house now stands was bombed during the Second World War, and as there are trees along the rest of the street, it’s likely there was once a tree outside their plot. It seemed right to plant another one in its place.

They spoke to us about the importance of trees, and how it would add kerb appeal to their home.

Working with Haringey has been an excellent experience for Trees for Streets. They are committed to increasing tree cover across the borough and the Trees for Streets scheme is just one element of a wider tree strategy. The council directly funds planting in priority locations, whilst also raising money through various grant applications.

Haringey Council were excited to work with Trees for Streets, seeing it as an opportunity to both increase the level of street tree funding available to them, and to get residents directly involved in greening their own streets.

Launching our tree sponsorship scheme with Trees for Streets this year has been a massive success.

The project has proven to be very popular with the community, and we’ve received many more requests than we anticipated in the first year, demonstrating that this approach to funding additional tree planting has really caught the imagination of the public.

It’s enabled the council to work directly with local residents and give them ownership over improving their neighbourhoods.

Our Trees for Streets Local Engagement Manager, Lizzie, has been leading community engagement with the residents in Haringey and has seen great success. We’ve seen streets coming together to raise money collectively for trees, and we’ve seen residents in more affluent areas sponsoring trees in other parts of the borough where tree cover is lacking.

The scheme has definitely caught the attention and imagination of the public who want to make their streets greener and generally nicer places to be.

Haringey councillors have also taken an active role in promoting the scheme, as have local volunteers from the GoodGym charity, who have been helping to spread the word by leafleting houses locally.

One of GoodGym’s environmental goals is to get involved with more tree planting initiatives and help towards making the air cleaner creating more greener spaces for people to enjoy. Therefore teaming up with Trees for Streets makes so much sense.

We are really excited about this partnership, together we have national scope to give runners more opportunities to come together as communities, and get fit by doing good.

Trees for Streets makes it as easy as possible for Haringey to benefit from tree sponsorship.

When we receive a sponsorship request from a resident, the information is sent to Alex, Tree Officer at Haringey. Alex inspects the proposed location and will either confirm that the tree can be planted or suggests an alternative location. We then communicate this to the resident.

Haringey plant the sponsored trees at the same time as their other tree planting, which is during the winter season, and they use their regular contractor. Alex works closely with the highways team when there is the need to create new tree pit locations.

Cassandra, the Trees for Streets Marketing and Communications Manager, has used a blend of digital and traditional methods to promote the scheme in Haringey, including organic social media content, PR, leaflets, and advertising.

Local social media provided a wide-reaching platform for informing and influencing residents, while a street-by-street targeted leafleting approach allowed us to focus on areas where there was space and scope for more street trees. This multichannel strategy has succeeded in raising awareness of the scheme locally in just a few months, and delivered hundreds of tree requests that will be fulfilled over the winter planting season.

The council has also been very active in promoting the scheme through their own email newsletter and social channels, whilst neighbours have been spreading the word at street level, through a combination of social media, WhatsApp, and good old-fashioned face-to-face conversations.

Trees for Streets is adding crowdfunding functionality into the service for the new council financial year 2022/23. This makes the schemes more accessible and will help widen participation in all areas. We’ve also recruited a Fundraising Manager who is tasked with attracting corporate funding to support planting in priority locations.

Take a look at Haringey Council’s scheme on the Trees for Streets platform:

If you’d like to find out how your council can get involved, drop us a line at team@treesforstreets.org 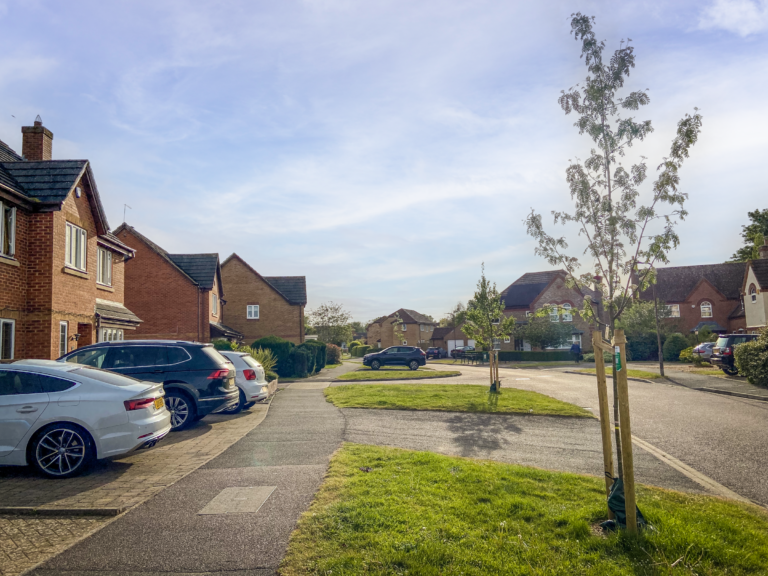 Can one tree make a difference? 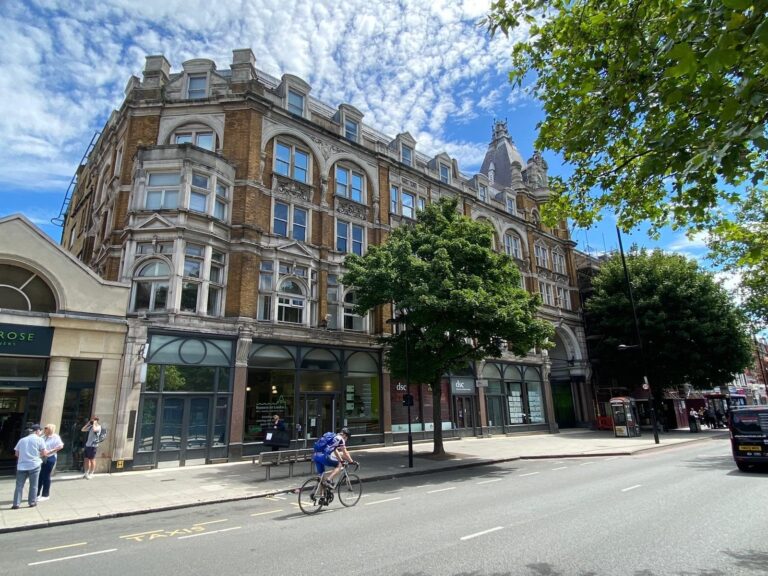